Nuwave pictures is a production company that offers viewers an innovative and exciting cinematic experience through short films, feature films, documentaries and television programs. Behind Nuwave pictures are Patrice Etienne and Dershe Samaria. Dershe took part in last year’s Shake! at the Stephen Lawrence Centre, and has since then received a film scholarship from the BFI, and mentoring from film maker Sam Liebmann. We are excited to have her and Patrice join us one year later as workshop facilitators. 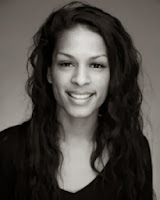 All material created by Nuwave pictures carries messages and hopes to spark social change and a greater understanding of political issues both nationally and internationally. As the company’s name suggests, Nuwave’s objective is to offer a diverse viewing perspective to oppose the largely, highly glossed, predictable and stereotypical films and dramas that plague our TV/Cinema screens. As such the company places a huge importance on working with new and fresh acting, writing, directing and producing talents. In 2012, Nuwave pictures
were supported by London sponsors BT, to create two feature length documentaries with a group of young people on the Olympics and Paralympics with the aim of capturing the voices of the diverse public. Please find a link to the trailer below:

Most recently their documentary ‘Olive’ focusing on food, herbs and health premièred at the British Film Institute, and will be followed by screenings at The Barbican and other venues across the country.