A MUSING ON INTERNATIONAL EXAMINATIONS by Hannah Clark 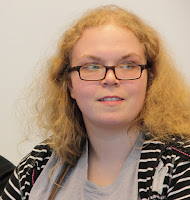 I realise that the subject matter of this post may have little to do with the message of SHAKE!, but after my English exam this morning and my Psychology exam this afternoon, I felt the need to muse on the necessity of examinations. Why do we have them and what purpose do they serve? Especially in an ‘international’ qualification.

The first multiple-choice questionnaire was issued by the Chinese government as an intelligence test, and soon after it was adopted by other countries, the UK inclusive. Multiple-choice makes more sense- most GCSE Science exams are multiple choice, making it more efficient and easier to get a higher grade although this does inhibit general comprehension. I took such exams at GCSE, and will take one for my first IB Biology exam, and I feel that I could have done much better had my Chemistry papers been written as opposed to multiple-choice.
It is the mission of the International Baccalaureate to ‘teach students to be open-minded’, and I find it ironic that both pieces I could have commented on in today’s English exam were from UK writers. The poem was by Ian Crichton-Smith and the prose was and extract (from a book I have already read) by an English author. My commentary was on the prose, and after I had finished I got to wondering: “If this is an international qualification, shouldn’t the unseen pieces be by non-UK writers?” In previous years, there have usually been one African and one Middle Eastern, or one Chinese and one Korean, or in general a more varied mix of different races and nationalities. I suppose, being English it may have been a joke on the IBO’s part, or they may have wanted a change in pace. I suppose because my next exam is the ‘international’ one- Norway, England and America- this may have been my final chance to feel comfortable with the exam. After all, if I don’t do well in this exam it’s unlikely I’ll do well in the overall Diploma.
My next exams are Psychology and Mathematical Studies. I can understand the concept of exams for these subjects, as Psychology requires the person to be broad-minded and ethical, while Maths in any form requires abstraction, comprehension and rehearsal, and the best way to do this is with an exam. My Psychology paper will be on Abnormal and Developmental, which I am looking forward to as I have the opportunity to use my favourite study: Malinkowsky and the Trobriand Islanders. This is where Psychology fits the bill for the IB Diploma- the studies come from all over the world, and so do the researchers. Maths is a more general concept- we all use it, but we all utilise it in different ways. The Chinese, for example, indoctrinate their children from early ages with the abacus in anticipation of a better adulthood for the child, while we English do little in this and expect Maths to come as more of a general, day-to-day ‘shopper’ experience. The IB makes this more complicated- how much flour do you need for a 600g cake if your recipe is for a 450g cake? How much Yen can you get from 60 GBP? What was the birth rate in Holland for the year 1987? Use the graph to find out, and some complicated equation to figure out the birth rate in ten years time.
Biology should be more experiment-based, if you ask me. Not only has my teacher taught us little, but we’ve had to rush through every single one of our Internal Assessments since she decided that she hates us and wants us to fail. Well, the joke’s on her because my final grade for this part of the Biology course was 34/48. Ha! Now comes the hard part- the actual papers. Perhaps if we were interviewed, like we were for our earlier English and Foreign Language exams, we might do better because putting your thoughts on paper can lead to an archaic stream-of-nonsense, but speaking them can lead to an archaic stream-of-hang-on!-she-has-something-here! Although, Biology does require a certain amount of analysis, so perhaps if there was a paper dedicated simply to the analysis of graphs and findings, it might be able to work.
I have no comment on Foreign Language exams- I can see the point in them, although I will say that speaking is the most important aspect of any foreign language.
History is probably the only subject I can see no point in having a full exam in. Why not do what we did for TOK, and choose an aspect of History we are interested in, and then present it to our classmates? After all, a 2.5-hour exam on Italian Unification, German Unification and the First World War? Are they trying to kill us? It might be interesting in 20 years time, when students are studying the death of al-Qaeda Leader Osama bin Laden and whether or not is was the immediate cause of WW3 (hint: it will be!) to see what type of questions would arise. I can, however, see the point in taking History as an International subject as the world shares a common history, although some might say ‘history has come to the point where it’s probably about to end’, although this would mean the end of the world… but WW3’s due any day now, so it might be.
I guess what I’m saying is, some subjects are worth the exams such as Maths, while others should save the trees and focus more on interview and comprehension-based examinations.