THOU SHALT NOT KILL – Poem by Selina Nwulu 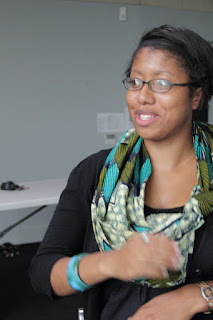 I wrote, Thou Shalt Not Kill, as I was really struck by how despite the fact that Stephen Lawrence was murdered, there is so much of him still alive somehow. And after spending a week in the Stephen Lawrence centre and seeing his pictures in the reception area, I wanted to pay tribute, not only to the people that pushed for Stephen’s case to be brought to media attention and to the centre, but also to the strength of the human spirit, that can still reign despite every injustice.

It’s so easy to become overwhelmed and discouraged after hearing about injustices such as the murder of Stephen Lawrence, mainly because it often is so overwhelming and discouraging. But I wanted to use this feeling and take inspiration from Stephen Lawrence to create a poem that highlights that together we can be much stronger than any gang, knife or racist crime and the injustices that arise as a consequence.  – Selina Nwulu

Thou Shalt Not Kill
a  poem for Stephen Lawrence who would be 36 on 14th September 2010. 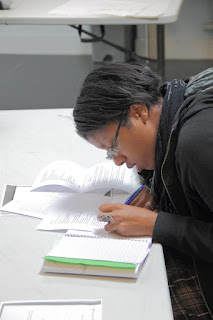 Here is the image of a man-child
Eyes wide,
Future Full
Black and white lines on his shirt
Snapped hope ‘93

Political gangsters
Squat on humanity
As it sinks further,     deep
In pain and misery
Swirls in red tape and the queen’s democracy

Moral imposters
Banking on flimsy legislation
Minds behind those black and white lines
Blood on their hands,
Drip drops a trail on the ground
Swirls turn justice monochrome

My peace. Your Peace. Our Peace