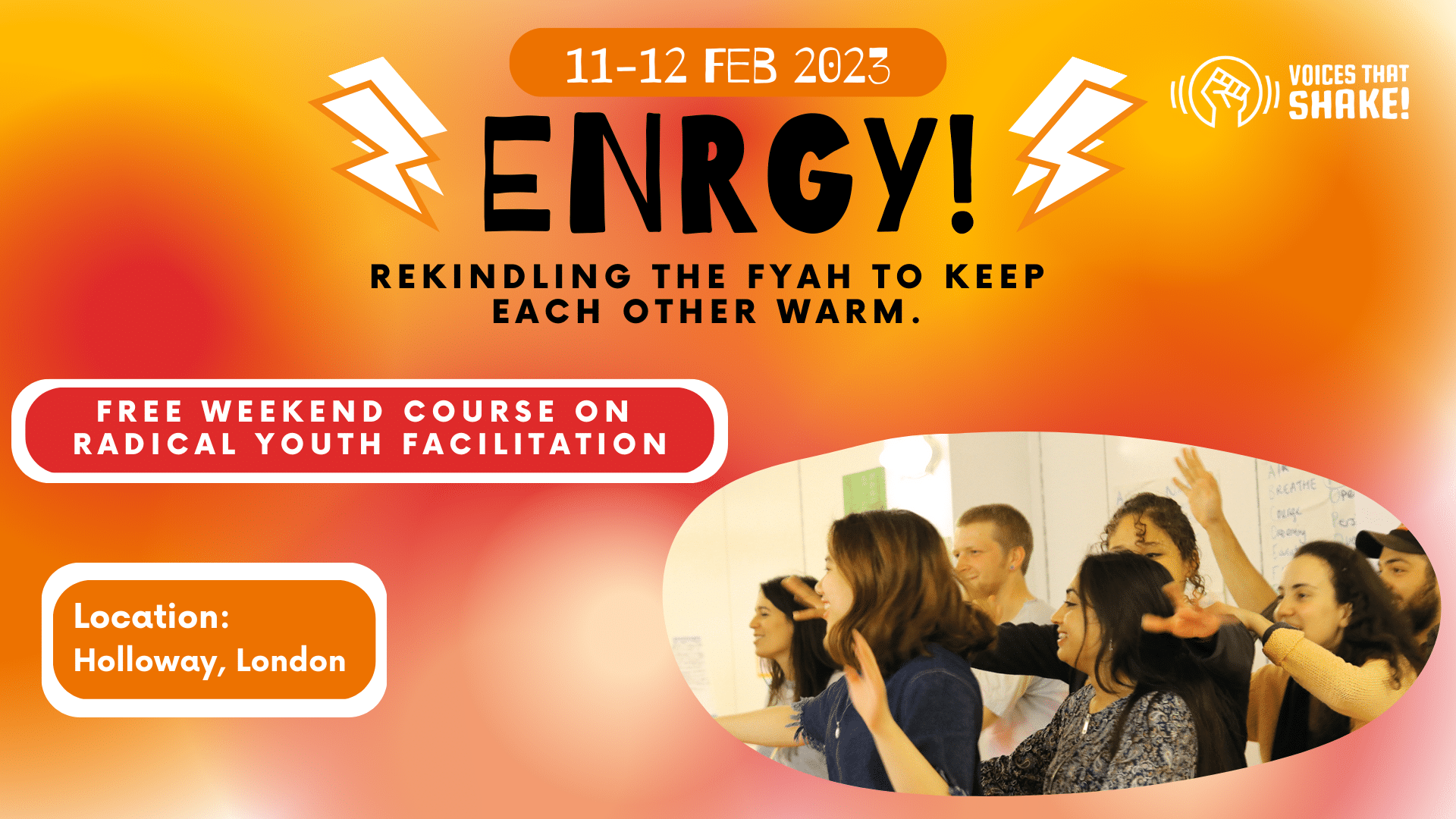 More than ever before we are being called to practice how to hold ourselves and each other in community.

We are in urgent times of need, with the continuous rise of food and energy prices, alongside the colder temperature in our environment and in our bodies. Access to resources grows lower and lower and everything is starting to feel much much colder and isolating. The State’s aim is to keep us cold, immobilised, alone and helpless.

Our work reaffirms that we are not alone and we must be in community now more than ever before!

Voices that Shake! is organising a free weekend, intensive course, on radical facilitation, taking place on 11th-12th February 2023. During this programme, we’ll be igniting and activating our bodies as conductors of energy in community as we fight to keep, preserve and spread warmth.

We are offering an introduction to the principles of an inclusive, radical justice-oriented practice of facilitation. This will be informed by our Shake! Guidebook, and based upon the 7 pillars of our practice: Nurturing Trust; Centring Arts, Culture & Play; Moving from Participation to Presence; Embodying Liberatory Practice; Nurturing through Nature & Food; Sustaining Ourselves; Community Care Work.

The course will cover:

This course is for young people who want to gain skills at facilitating and holding spaces for people in their communities. Aimed at 18+ year olds, prioritising people who are at least one of the following:

We’re offering a limited number of funded places to allow people who would otherwise be unable to attend due to commitments (work, childcare etc), lack of resources or other reasons that prevent you from full participation. Contribution to travel expenses are offered.