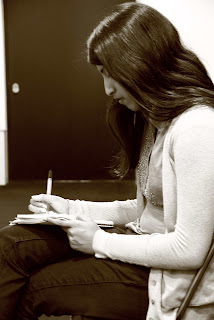 Tanya shares a chillingly descriptive poem tackling the ecological state of the world. Tanya is brave new writer confronting issues head on with sharp vision. She takes you deep into the world of the poem as you read the words along with her.

Ballad of the Earth

The guns shake the voices beneath the hollow earth
Wailing in agony, protesting in vain
Tortured by the cries that rise above

The oil that choked the blood ridden earth

The flip-flops squelch against the dark, devouring oil
That washes the soil like a river of death, black and menacing

The woman stands on the ashes of utopia
And looks above at the black hole of sorrow
Her child clings on behind, the oil in the soles of her feet

The crops yearns for air, a fresh breath of freedom
For the land has been cursed with eternity of pain
Dreams lay strewn across the broken earth
The Nubian civilisation fades like the dust
Entering the black hole of endless destruction

Black,
Black,
Black –the only colour seen
Black as the far reaches of the colossal universe
Blackness that envelops the land
Suffocating
Gasping
Still
Dead

The woman and child tread past the pipelines
A track that leads them to a destination of hopelessness
Unable to change direction, they suffer for nothing
Suffering for those who claim to be people
But are barbarians that feast on the pain of others
And feed their hungry spawns